From the notebook of a former child soldier 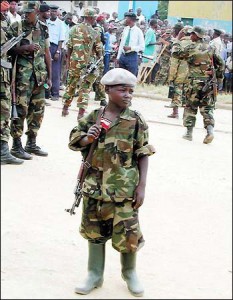 Ibrahim Koroma was a child soldier from the Sierra Leone civil war. He was one of thousands of youngsters kidnapped in 1997 by the Revolutionary United Front (RUF) rebels to help overthrow the government of Tejan Kabbah. He narrates to us his life as a child soldier and the traumatization he is going through up to now in Switzerland.

I was 13 years when I was kidnapped by the Sierra Leone’s Revolutionary United Front rebels. To harm or kill someone is very hard but one can do anything under the influence of drugs. Nevertheless, the pain felt after is difficult to explain and only God knows how one feels. Sometimes I ask myself questions like “Will I ever see my mother again? Why did I have to be a rebel fighting my own country? Why did I accept the rebels to take me rather than kill me? Why would I have to hear voices always telling that I will never have peace again even when I was just forced into rebel activities?”. But I have since failed to have answers to these questions. They all arise because I have done violence to people and people have done violence to me. If you knew me between the ages of 13 and 18, then you would know what “Captain dead body” is talking about. Captain dead body was the nickname given to me by my commander.

Atrocities we committed against humanity

We were ordered to mercilessly kill anybody supporting the government of Tejan Kabbah. We would take these people and put them inside one house, close it and spill petrol on it, then set them on fire. You would hear them screaming for help but no one would help.

Thinking about amputating people is also another big pain in my heart. Our commanders heard that the government wanted to hold elections, we were ordered to kidnap any civilian we found useful to join the revolution and to amputee hands off of those we found not useful. I have never cut off one’s hand but I brought many people whose hands were cut off. One girl nicknamed “Adama-Cut-Hand” was the boss of cutting off hands. We would bring the kidnapped civilians to our commanders for them to choose those who were useful and those who were not. Those who were not useful were taken to Adama. She always asked them if they wanted long or short sleeves. Long sleeve meant cutting ones hand from the wrist and short sleeve cutting from the arm. And choosing from the two was the best idea, otherwise one would instead be killed.

We attacked Portloko town and kidnapped civilians including a pregnant woman after we were ordered by our commander not to leave any civilian behind. The commander and others started betting on the baby in this woman’s womb. Some were saying he is a boy, while others said it’s a girl. They therefore cut the woman’s stomach and pulled out the fetus to settle their arguments. The woman and the baby later died in an unbearable pain.

It’s terrible to hear innocent people crying for their lives while being burnt, shot, slaughtered or amputated. I am now hunted everyday by people’s crying voices. I at times think I don’t have any future. I always hear voices saying: “you will never have peace after all you have caused to humanity, its better you die”. I live in fear and I feel like I shouldn’t live because of all my bad experience and memory to all the atrocities I regret to have done. I always ask the Lord to have mercy on me and forgive me for all the atrocities I have committed.

As I am writing now, Switzerland wants to deport me back to my country and they want to take me back because I told them the truth about me. I have promised to kill myself if they tried to deport me. They don’t understand that it wasn’t out of my will that I committed crimes against humanity. I did most of these crimes under the influence of drugs. I never wished to join the rebels.

Many Africans who are being persecuted or are running away from their countries to save their dear lives would come to a country like Switzerland, because when they watch on television, they see that Switzerland respects human rights but actually that’s not the case when you come here. Switzerland would rather welcome a corrupt African dictator saving money in their banks than giving refuge to a poor African being persecuted by the same dictator.

Who are the bosses sponsoring all these wars and suffering that Africa is going through?

Who are the bosses benefiting from these wars?

Who are the bosses manufacturing these guns coming to Africa and killing innocent people every day?

Who are the bosses extracting African minerals and riches through aid to the notorious rebels?

Tell me, “Who are these bosses?”

The truth is that all those people making guns or financing wars don’t know what’s like being in war or what consequences it might cause to innocent humans and have never even killed a person but all they care about is their interests. I therefore think that the world should try to fight to prevent war than trying to cure it. I think the only thing we can do is to stop making guns or, at least, stop selling them to people who will use them for crimes against humanity. 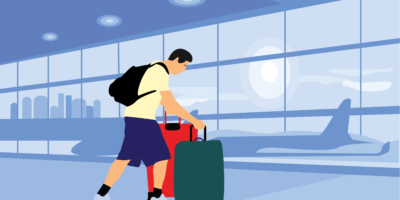 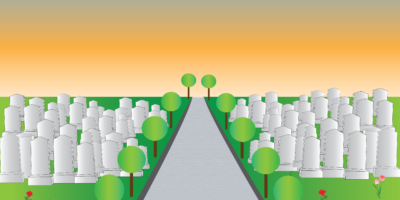