New Year’s Eve and the war against terrorism

A reflection about holidays celebrations in and out of Syria and why should we learn from the experience of a four-year-old child who was terrorized as fireworks resurrected flashbacks of horrible sounds and scenes of explosions from the time she was lying in a cradle.

Europeans are often surprised to discover that Christmas and New Year’s Eve are officially celebrated in Syria. Actually they are official holidays on these two occasions and many TV programs are usually devoted to their celebrations just like the two main Islamic festivals: Feast of the Sacrifice, (Eid al-Adha,) and Feast of the Breaking the Fast, (Eid al-Fitr). In contrast, there are many islamic and ethnic groups whose religious or national festivals are not officially recognized for different reasons some of which are religious and others are political.

However, I am not going to run the gamut of two complex phenomena: the complicated Syrian society or the equally complicated Syrian regime. What I am going to demonstrate instead is why it is becoming harder and harder to celebrate the usual holidays in Syria. The axiomatic response would be: «In wartime, there are no celebrations, save those of the awaited victory». Actually, that was the gist of Assad’s words when he came to «celebrate» the New Year’s Eve with his soldiers in Jobar, a district of Damascus. Probably, no one could deny a political acumen in his visit which aimed at lifting up the morale of his soldiers. There might be also little doubt that he is shrewdly playing the worldwide-played game combating terrorism. Ironically enough, the more he or others combat terrorism, the more it is rife and the less victories or celebrations are actually attainable. Instead of discussing politics, I feel like giving tangible evidence from my circles about our perseverance to sustain a mood for celebrations.

My nuclear family: my parents, my siblings and I, took from the onset of the Assad’s crackdown against the popular uprising in our city, Homs, a decision not to take part in any act of violence whatever polarization gets intensified in the Syrian society. Actually, our attitude was a practice and a way of life more than just a decision, and we were fully aware that our principles were not going to be appreciated because they inherently hold an undesirable political message in a highly mobilized society. Being a non-religious family and best described as humanists, the New Years Eve was the only festival that we were keen to celebrate despite all adversaries and lack of room for joy. It was always an opportunity to assure our solidarity and to renew and bolster our hope. Nevertheless, the regime’s demand to bear arms and the pressure on us escalated to an apex that eventually pushed us to seek peace in more peaceful countries. My brothers and I are particularly vulnerable as we can be forced by the Syrian military law to join the reserves.

I will sum up the reasons why it was hard to renew our hope for 2015 though we managed to exchange some wishes and say «Happy New Year». First, the big family has been divided as some have managed to come to Europe while the rest remained in Syria. Virtual meeting are possible but, nowadays, electricity is available for only two hours in the best-case scenario. This obstacle stands as the second reason, while the third was due to the fact that this festival occurs in the depth of winter when it is usually snowy all over the Syrian coastal region. As a consequence, the rest of the family left behind ran out of burning fuel used for heating homes and food and nothing was left but books. I should say that my family owns more than one thousand books. In fact, a part of the New Year’s Day conversation was to obtain my permission to burn my books. It is the second time that we engage in setting books on fire. The first time, my father burned only his Soviet books. I guess that I love books, but my passion for books is not strong to the degree that I would answer my parents with «no» even though a part of those books are my own publications. I do not deny a dilemma in this situation, but I said «yes». Finally, I have to mention why my brother and his family could not enjoy the New Year’s celebrations in one of the European countries. Their longing for scenes of joy had them get upstairs to watch the fireworks, but the four years old kid was scared as the fireworks recalled the horrible sounds and scenes of explosions she had been exposed to and vulnerable to almost since she was born. They tried hard to assure her that these fireworks are sort of games and harmless, but her screams and tears were more convincing than all the logic and wisdom on the earth. Her screams were like: «Go, go downstairs! We are going to die! Quickly! Let us go downstairs! Otherwise, we die!» She does not know other tactics for dodging missiles, explosions and «terrorism» apart from getting downstairs where the sounds of explosions are less powerful and where other family members used to combat «terrorism» and all the horror associated with it!

The American conception and approach of terrorism: should it be also global?

Beyond doubt, violence is an aggressive and intolerant action or attitude, and the reasons behind it are diverse. Violence, however, is widely used as defense against military intervention, oppression, persecution, inequality, greed, intolerance etc. Nevertheless, there is a powerful tendency in the west to think of terrorism as rooted in a particular ideology or as a specific trait of a population living in certain parts of the world. This tendency is reinforced mainly by American politics or the media which discourse sustain that putative association between terrorism and middle-eastern peoples. The American administration prefers to support dictatorships or repressive regimes in order to monopolize the massive exploitation of natural resources along with fostering deposits in American banks. Sympathy and willingness to cooperate with eastern peoples arises and comes into practice only when natural resources and capitals do not go to America like the cases of Iran or Iraq under Saddam Hussein for instance. I can understand the current American politics and propaganda which are heavily influenced by the Eurasian Geostrategy for the United States formulated by Zbigniew Brzezinski, who held the position of United States National Security Advisor to President Jimmy Carter from 1977 to 1981. In his book, «The Grand Chessboard», Brzezinski regards the landmass of Eurasia as the center of global power and writes that no Eurasian challenger should emerge capable of dominating Eurasia and threatening America’s global pre-eminence. However, I do not advocate any European (or even American) convergence with the American propaganda which is devoted to indoctrinate that violence is rooted in islam or in the Middle East. The reasons why I do not support such disinformation go beyond the fact that I come from the Middle East, and that I hate being viewed as a potential holder of terror. I denounce it because it is inconsiderate to the consequences of political unrest in the Middle East. Actually, Europe is much more affected by political instability in its Mediterranean neighbors and has become the most vulnerable location to uncontrollable immigration. Such circumstances call for further collaboration within the framework of friendly relationships with the peoples of the Middle East.

Coming back to celebrations, I do not mean to say that Europeans should not celebrate the New Year’s Eve or other holidays in sympathy with Syrians or other peoples in the world. What I call for, instead, is a sense of sustainability for these celebrations, which could be replaced one day by a putative victory against terrorism. This kind of sustainability can be achieved by a holistic approach to crises and by dropping borders from our minds, because these borders prove one day after another to be meaningless, especially in the time of crises. 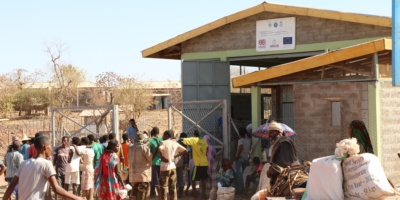 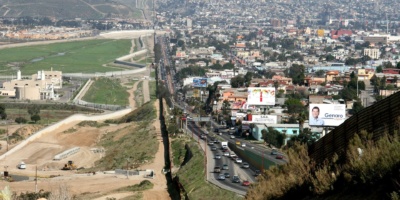