Music is a universal language that crosses all borders 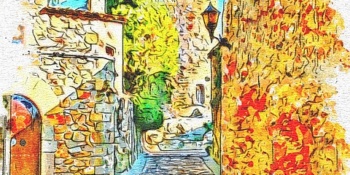 In the past two years, a lucky number of refugees from Syria were able to escape from the horrific conditions in the war torn nation. Most of the refugees ended up in countries like Turkey, Jordan, Lebanon, and  some hundreds made it to Europe. In January 2013, Turkey is having 150’000 registered refugees followed closely by Jordan and Lebanon.