My last Christmas in Syria

My last memories of the magic of Christmas festivities in Syria

The end of each October and the coming of November and December had always been a period of special significance to my family. It was the arrival of an event which we all had been eagerly waiting for: the informal declaration of the Christmas Season at our home in Syria!

My wife, but specially my two children were insisting every time that we started the preparations for Christmas season as early as November. I myself, although sensing the same excitement as the children, usually protested at first, alleging that it was a bit early. A protestation that was proving to be vain

As a matter of fact, they had every reason to be so enthusiastic. This was an opportunity for the family to escape from the everyday cares and worries of the year, into an imaginary wonderland of our own creation.

Preparations meant a lot of work to do. First, I had to manage to bring from the attic the big artificial Christmas tree and the many small and big boxes containing Christmas decorations and ornaments. Part of them were painstakingly made by my wife throughout the years, accessories like, small pretty lanterns, Nativity sets, wreaths of different shapes and materials, colorful Santas and so on. Each of them was bringing sweet and cherished memories from the past. 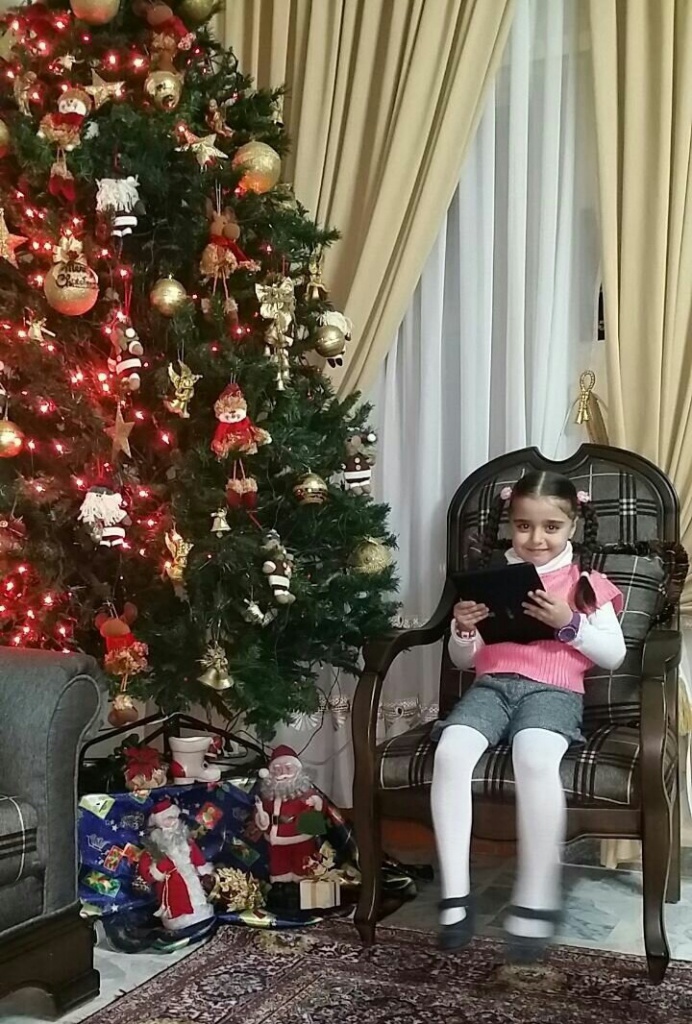 The decoration of the tree was taking two, sometimes three days and it was mostly done by me, but certainly not far from the watchful eyes of the children who often kept pressing me with their never-ending demands “Dad, hang this there, replace this with that this does not fit here”.

In fact, it was necessary that all the ornaments, balls, bells, pinecones, vessels, ceramic angles, snowflakes, be well fitted and balanced on the tree. Then, before the finish, the gold and red Christmas lights had to be symmetrically placed and finally, the glittered star of Bethlehem was fixed at the top. With the first twinkling of the lights on the tree, I would sense the eyes of children shining with ecstasy and joy.

Then, it was the turn of my wife to put the final touch. She added, with great love and care, different accessories to every room as well as balconies.

Even the books in the library and the paintings on the walls had their share of the small pretty ornaments. Nonetheless, it couldn’t be complete without the charming lyrics of Bing Crosby’s album “White Christmas” that was reverberating through the house into filling the air with cheers and warmth.

By the end of November, the house was dressing up for Christmas and this was immediately followed by the shopping sprees. Soon the refrigerators would overflow with various kinds of exotic produces and food that showed up only in December, and the house would smell strong spices and herbs bringing out the flavor of the season. The convivial atmosphere would reach a crescendo during the period between Christmas and the New Year’s Eve, where all the extended family members and in-laws would gather to feast and rejoice until the early hours of the morning.

This much cherished family tradition went on until 2010. That was my last Christmas in my country Syria, one year before the outbreak of the vicious circle of the war that has shattered homes, split families and wrecked all aspect of life.

Now, Christmas is approaching, it is already very cold. I am walking in the city center of Lausanne, one of the most beautiful cities in the world. Store windows along the street “Rue Saint-Laurent” have Christmas dressings. Shoppers hustle and bustle everywhere. Not very far, at St. Francoise square, pop up cabins offer hot chocolate drink and roasted chestnuts. Few meters away I hear a street music-band caroling:

A song that immediately touches a strong nostalgic chord in my heart.