A young man from Kurdistan is crossing the Mediterranean sea in 2009. Exclusive photo: Voix d’Exils.

I was a little bit lonely during the summer holidays, and maybe that’s why I was able to follow the London Olympics Games, from the opening ceremony up to the closing. The London Games were going to remain perfect in my mind, if not for the fact that a few days after the closure, I learned that the dream of a Somali athlete, Samia Yusuf Omar, had ended in the Mediterranean sea.

I must confess that I only came to know Samia through the report of her death, when she died in the sea trying to make her way to Europe, and London in particular to represent her country in the Olympic Games. I wonder if she would have been able to participate, or if she would have even struggled with immigration issues? The courage of Samia from Somalia, a country torn by war, is not only explained by sport’s ambitions but also her sense of survival!

Since the Arab spring erupted in early 2011 in North Africa, the world carries more interest in crossing accidents in the Mediterranean sea. As the Italians and the French were arguing on how they should share the refugee burden, to me, the major interest was the way people, in their quest for survival, undertake hazardous journeys, board over crowded boats, with great risks of drowning and most end up losing their lives, drowningt in the dark waters of the sea. The more I tried to read about the sea deaths, the more I was surprised as I learned that on average of 1500 people drown per year as they try to cross from Africa to Europe. This makes these waters, the worst of the world, with the biggest number of dead people annually. Some media suspect that the number might even be doubled since there are many boats that disappear with no recorded number of people on board.
When I reached Switzerland, in August 2011, I met a young man called Abu, who gave me more details about the dangers of crossing the Mediterranean sea. Abu was 25 years old, single, and is originated from Nigeria where he was working in Printing and Press before facing problems that forced him to leave his country. He told me horrific details of his journey, from Nigeria to Morocco, and then later crossing to Europe.
Abu’s journey started with the crossing of the hot Sahara desert. He told me how the group of eight people he was part of kept reducing with deaths due to sand and dehydration. They had started off by hiring the services of a gang who had a speedy Land Rover Defender vehicle, which enabled them to cross the Sahara. They had water and other necessities and the initial destination was Morroco, where they could find the boat connection services to Europe.

Lost in the middle of the Sahara desert

After driving for several hundred kilometers, possibly a quarter of the desert, the car broke down. After several manoeuvres to repair the engine, the refugees were told to get out to see if the car could be pushed to start again with less load. The pushing succeeded and the car started. But yes, it was the beginning of the horror, as the two transporters just sped back leaving the refugees stranded more than a hundreds of kilometres inside the desert. They had been robbed of thousands of dollars, which they had paid to be transported to Morocco. Well, food and water had also been removed to reduce the weight in the car. The poor 6 men and 2 girls just realised that they had been conned to their death as they were to later die one by one.

After four days of walking (usually during the nights, to avoid the unbearable sun in the desert), only 3 people were still alive. They had been surviving by drinking their urine and strictly rationed food. Among them was one girl, Abu and another boy. Its was during the night of the fourth day that they were rescued by patrolling moroccan border guards with barely tired, dehydrated, with now skeletal bodies. They were immediately rushed to the Red Cross facility for intensive medical attention to recover from hard beatings of the Sahara. The girl was to later lose her mind, as among those who had died on the way was her brother and her boy friend.

Lost in no man’s water sea
Abu did recover from the desert trauma, and spent two years of hard life: sleeping on the streets of  a maroccan port, begging money to survive, and doing odd jobs on the black market; hoping one day he would get enough money to pay the boat to Spain illegally organised by gangs in Morocco.

A young man from Kurdistan is crossing the Mediterranean sea in 2009. Exclusive photo: Voix d’Exils

After being rejected several times by the gangs which organise clandestine journeys to Spain, for lack of sufficient money, a gang leader he had approached fifteen times during his two years in Morrocco, finally felt sorry for him. The gang leader told him, “I am taking you on my boat because I feel pity for you. You should have tried to go back to your country, but I know you cannot cross the desert again. Lets agree on one thing: in case of trouble in  the sea and  if we need to throw things off the boat, you will be the one to be thrown out first, because you have paid the least”. Abu promised the man that he would jump into the water  voluntarily before being thrown out in the case of trouble.

The journey was expected to take 15 hours if all factors remained constant. First, the boat raised with Abu’s fear as it was fully packed. They started off in the afternoon with 70 people on board. Among the refugees was a pastor, who started to pray and assured the trembling travellers of God’s protection and then each one started to pray in his or her own language. They all knew that thousands had died in that sea in their attempt to cross to Europe.

The journey started with hours of quietness but for the sobbing of children also present and the constant roar of the boat engine. The majority of women had children, and some had conceived as a result of rape in Morocco or other places where they had passed on their way to Europe. There are gangs who use the desperate girls as sex slaves forcing them into prostitution and some end up getting pregnant.

It was late at night, the sea was dark as hell, in sight of stars in the sky, then fear erupted because suddenly the engine stopped ! After several attempts to re-start the engine in vain, Abu thought that his time of voluntary plunge into the Mediterranean had arrived. The captain ordered all the luggage to be thrown into the water but, in the meantime, he attempted to fix his engine with cries filling the air from the  boat’s occupants as they waited for their death.
These transporters always rely on 2 things, the compass and the spanish coastal patrol. There is a point in the ocean where the telephone network is cut out. The transporters usually have two phones, one for Moroccan network and another for Spanish connection.

The engine died unfortunately where neither Morocco nor Spain could be reached via telephone. The option for Spain is always the best, because if they can call the Spanish rescue services, it means that they are already in Spanish waters, thus Spanish territory. Unfortunately, this time, they belonged to no man’s waters.

They had been spotted by the patrol chopper after 3 hours of floating waiting for their final minutes of drowning. The chopper called the vessel and they were officially registered in Spain as refugees. 5 months in economic stricken Spain turned Abu into a beggar again, like he had been in Morocco.

The unpleasant surprise of Europe

While Abu was narrating this story, he was no longer in Spain but in Switzerland. A young intelligent man now getting depressed, because Europe had given him an unpleasant surprise, like many other African immigrants who were living in Spain : living in very inhumane condition in deserted houses, and so on.

As he concluded his tale and no more sure of his fate in the Alpine country where he had moved from the suffering of Spain, he asked me: “Marcus, do you think it is worthy for all the fellow Africans to go through these difficulties to make it way to Europe?” I answered him: “ Some have no choice, but to run wherever they can”. He then broke down and cried, murmuring how he has wasted 3 years of his youth.

Abu was later arrested and deported to Spain, because of the Dublin Regulation, as he had already applied for asylum in Spain. When I was told of his arrest, tears came down my cheeks. The question that came to my mind was: who is to blame of all this? The wars? Poverty? The gross abuse of human rights that lead to thousands of refugees? But then, I stopped thinking because I recalled the biblical quote of Luke, that goes: “Do not judge, and you will not be judged. Do not condemn, and you will not be condemned. Forgive, and you will be forgiven”. 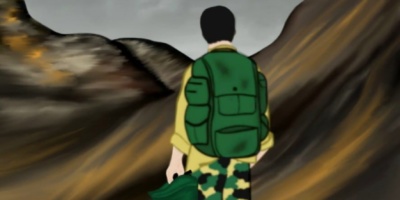 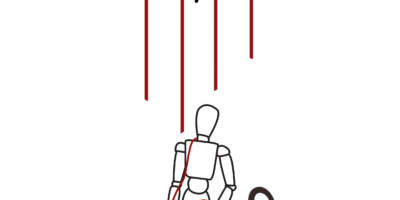