The future of the Middle East remains uncertain 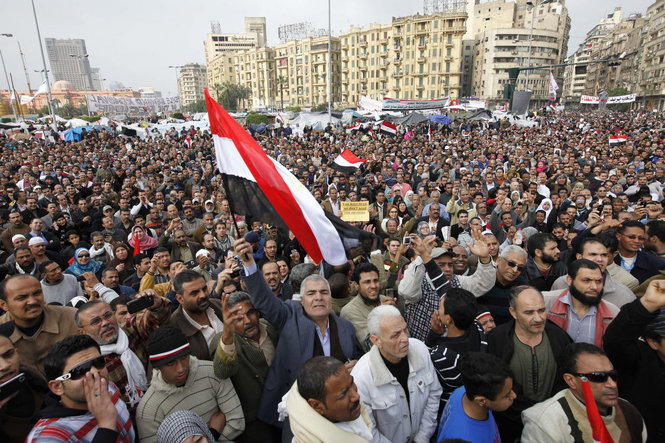 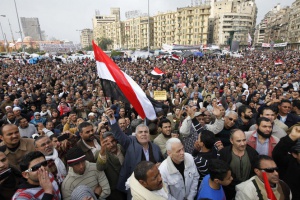 With Protests from Tunisia to Egypt to Yemen and now to Libya and escalating to the rest of the Middle East, the turmoil in the Middle East is intensifying and the outcome of the increasingly bloody demonstrations remains unclear. Anti-governments protesters, pro-governments supporters, military and police are continuing to crash in the streets as dictators also continue to kill.

More than two months ago, a Tunisian fruit vendor struck a match and started a fire that has spread throughout much of North Africa and the Middle East. Muhammad Bouazizi’s self immolation prompted anti government protests that toppled regimes in Tunisia and Egypt and which has now spread to rest of the Middle East. A crowd which was estimated to be around 5,000 took part on Wednesday 5th January this year in his funeral procession to a cemetery near Sidi Bouzid. “Farewell, Mohammed, we will venge you. We weep for you today, but we will make those who caused your death weep » the crowd chanted. And yes indeed, they lived to their words and went to the streets to end the 23 years rule of former dictator Zine al-Abidine Ben Ali.

On Tuesday 24th January, two civilians and a police officer died when the police tried to disperse the unusually large anti-government demonstrations swept across Egypt, calling for the ouster of longtime president Hosni Mubarak. The protests in Cairo were reportedly the largest in the country this day, a date chosen by activists to emulate the recent uprising in nearby Tunisia. According to Aljazeera, the demonstrations were the largest in years, rivaling those held against the Iraq War in 2003 and in favor of free elections and civil society reforms in 2005.

Despite the Egyptian government’s cracking down and killing of opposition protesters, to shutting down the internet and cell phones, it didn’t stop people from carrying on with their revolution. Human Rights Watch (HRW) researchers said that they confirmed the deaths of 302 since 28th January, based on a count from eight hospitals in the cities of Cairo, Alexandria and Suez though no comprehensive death toll was given by the Egyptian government. These deaths instead gave the protesters more strength and determination to end Mr. Mubarak’s rule.  The people had become so bitter that they feared nothing not even death. And at that point, not even the greatest Imam, Pope or even Prophet Mohamed could have stopped the revolutionist from bringing an end to Mubarak’s 29 years of dictatorship.

On the other hand, it’s really surprising to see protesters stopping in the streets to pray. It gives an indication of one likely positive outcome of successful protests. And as the crashes got more intense, the protests took on a more Islamic flavor. This was obviously a bad news for Hosni Mubarak and his son Gamal who has been mentored to be his likely successor prior to the protests.

It’s very clear that Egypt is the centre of peace and a key Western ally in the Middle East. And Mubarak has been a very dedicated and close ally of the United States and its allies.

Mubarak was an anchor of U.S. policy of stability in the region. The twin pillars of that policy support for pro-American regimes that share U.S. security interests and the pursuit of Israeli-Arab peace are now on shaky ground after his fall. Israel will probably conclude that if such entrenched Arab regimes can fall, making peace with a deeply divided Palestinian movement is anything but a sure bet.

Israel is keeping a wary eye on developments in Egypt with fears that an Islamist State takes over there and  would end three decades of cooperation between the two countries. The U.S brokered Camp David accords, signed by Israeli Prime Minister Menachem Begin and Egyptian President Anwar Sadat in 1978, ended a generation of hostilities between the two nations and forged a relationship that has endured, in part, because of the stability of the Mubarak’s regime, which came to power after Sadat was assassinated in 1981 and in spite of deep animus among rank and file Egyptians toward Israel. Eli Shaked, Israel’s ambassador to Egypt from 2003 to 2005, predicted that “if the Mubarak regime falls, a new Islamist regime, hostile to Israel and Western nations, will replace it. There will be no democracy in Egypt” Shaked said. And “If there will be democratic elections in Egypt in the summer or in the very near future, (they) will be the first and last democratic elections in Egypt”. He concluded. While he recognizes that the causes of the upheaval in Egypt lie in economic and social strife, Israeli Prime Minister Benjamin Netanyahu said he is concerned that « there is a possibility that an organized force will take advantage of the situation ». A new Egyptian regime will probably affect relations with Hamas, which controls the Palestinian territory sandwiched between Israel and Egypt, and may play up the harsh criticism among many sectors in Egyptian society towards Israeli policy. But some terrorism experts believe that extremist voices are being drowned out by the chants of the protesters in Cairo. CNN analyst Paul Cruickshank wrote that al Qaeda’s support base « already severely shaken by its barbaric excesses in Iraq and biting criticism from fellow jihadists, could narrow yet further”.

The future of U.S. policy and interests in the region will largely depend on who ends up in power, not just in Egypt but in the host of other Middle East countries on the verge of transformation. In a doomsday scenario, extremist Islamist factions in Egypt, Tunisia and even Jordan could come to power, killing critical diplomatic and military relationships, forcing the closing of the Suez Canal and allowing Iran fill the vacuum. That could even trigger a most dangerous war between Israel and Iran. Nobody expects that worst case nightmare to come through, however.

Now all eyes are on Libya

Large protests are uncommon in Libya, where dissent is rarely allowed. But anti-government protesters have taken to the streets of Libya demanding the resignation of another dictator Muammar Gaddafi. Foreign mercenaries, Libyan Security and soldiers are killing everyday anti-government demonstrators in efforts to paralyse the insurrection.

Today, of course no one knows what is to happen next. One thing is however certain: it would be a great disaster for the Libyan people if the international public attention is chased away by the wave of the tsunami which has just hit Japan! 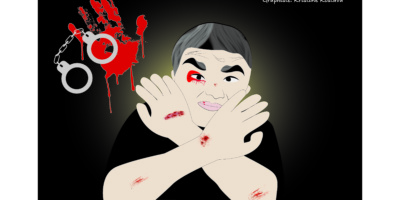