The opinion of a Syrian citizen in Switzerland

In 1963, Al Ba’ath party holds the command in Syria, and for around 50 years, Syria lost all the good things which had been achieved among years of being one of the first countries in the region which applied the democratic principles in its political life. It lost also the great tradition of having a lot of principles and techniques to rule the state correlating various and different parties.

It was normal to have in the same family different political views and members of several parties. I still remember the story which my grandmother told me: “Once, I drove my brother out of my house, because he insulted my political views, and that he belonged to a different party which was in a continuous enmity with mine“. Here, I want to drag your attention to a strange fact that my grandma was almost illiterate. So it was simply real and habitual to believe in your right of expressing your political views without feeling afraid or scared of being arrested or blamed.

I belong to that unlucky generation, which came out to this life without hope or freedom. I was always interested in listening to or reading the old stories about the better life, the freedom and the happiness. My grandma was always the reference to saturate my curiosity. She was talented in expressing her ideas and describing the life in simple words: “With this bloody regime, patience will not be the solution. If you want to change you need to put your soul in your hands and struggle”. Everybody saw the river of blood always when it came to his/her mind the idea of change. The regime in Syria is the literal meaning of the ironic regime. “Walls have ears” is the sentence everybody speaks with a faint voice.

One Party! No, you have to say the only party! It is really unaccepted at all to be forced always to believe in what they say, and who are they?! They are the authority, the Ba’ath party. “Why do I have to belong to this party if I don’t believe in its principles? Is it a must?” I was asking these frank questions always to my teachers, my friends, and my parents especially to my father who was one of the first members of Al Ba’ath in his village in the early 60s of the last century. He studied law, so it was always amazing to me to have a discussion with him regarding the human rights and the freedom right to choose your life as like as you want. To be honest, I felt guilty when I was listening the sad tone in his voice trying to justify and explain his situation, and how different it is now than before!

I, myself, strongly believe in freedom, and in a fair life for everybody. So, the use of intimidation and weapons in threating the people to don’t open their mouths is, in contrast, a double-edges weapon also. It is like a volcano, if it keeps trapping the magma inside for long time, these magma will find its way to the surface anyways, and once it reaches that, the eruption will happen. The huger the magma you trap, the greater the eruption will be. This is the equation in Syria now. People reached the limit, and can’t hold on anymore. It is the revolution eruption, and it is as extreme as you can see, hear and read. Currently, nothing can stop it at all, even if the number of martyrs will get to be millions. People tasted the freedom again, and for us as a new generation, we are experiencing it for the first time. It is really a stunning ecstasy, and I will not accept anymore to be prevented from having my freedom always. 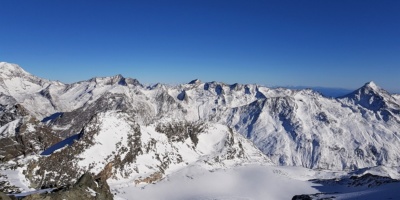 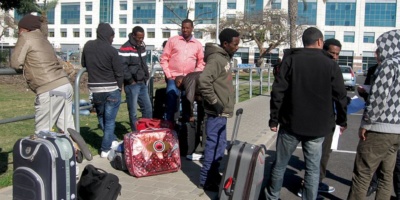